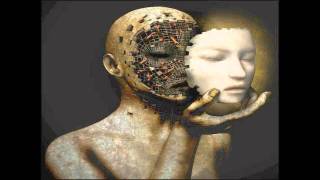 “As a child I’d believed there was an essential person, a sort of core personality around which the surface factors could evolve and change without damaging the integrity of who you were. Later, I started to see that this was an error of perception caused by the metaphors we were used to framing ourselves in. What we thought of as personality was no more than the passing shape of one of the waves in front of me. Or, slowing it down to more human speed, the shape of a sand dune. Form in response to stimulus. Wind, gravity, upbringing. Gene blueprinting. All subject to erosion and change.”


I can’t say I expected to encounter the Buddhist doctrine of anatta (no-self) in a cyberpunk novel!

Citizen, librarian, reader with a boundless wonder for the world and a curiosity about all the beings inside it.
View all posts by smellincoffee →
This entry was posted in General, quotations and tagged Buddhism, quotations. Bookmark the permalink.