“You don’t have to call me Mister, mister —  the whole world calls me Hank.”

Hank Williams is the legend of country music. I’d heard of him long before I ever heard him;  my father (who stopped listening to country in the 1970s) took me to visit his grave in Montgomery back in the early nineties, and Williams was a constant Presence in the music I grew up on,  haunting the singers of pieces like “Midnight in Montgomery” and “The Ride”.      Hank Williams: The Biography renders a thorough and sober account of Williams’ life,   one that appraises the man without romanticism.   It is exhaustively detailed, utilizing interviews with those who remember the “Lovesick Blues boy”, and also features some commentary on Williams’ musical craft.

Part of the legend of Hank Williams’ life is that he died young and tragically — alone, in the back of his car,  his heart destroyed by a mixture of alcohol and haphazardly-dosed medicine   Easily the most surprising aspect of The Biography is that Williams’ chronic alcoholism was not the result of his fame and fortune, but something he fought with for most of his life.  From the time a thirteen year old Hank raided some loggers’ booze hoard buried in the woods,  the young singer would have bouts with the bottle. He did not drink constantly, but  once he started on a bender he was hopeless for weeks. Time and again he submitted himself to sanatoriums,  especially when he needed to focus on his career, but every time he would stumble.  Although there was no shortage of excuses — constant strife with his wives, the pressure of the road, the constant agony of spinal disease —    Williams’ problems were only amplified by his success,  not created by them.

Williams was a genuine country boy, the son of poor strawberry farmers who lost everything they had in a fire,  a man whose first memories were of living in a boxcar. The Williams moved from place to place in search of a living:  after his father was stuck in a VA hospital, the family got by selling peanuts and taking in boarders.  That’s where Williams got his start singing and selling , down in a little town called Georgiana.  Hank was a sickly boy, born with a spinal disease, and that diminished his ability to take part in the roughhousing and hard labor so common to southern men. He could sing, though, and after the family moved to Montgomery he began promoting school shows — something that would grow into a career.  From schoolhouses to bars,  Williams became a local star who grew into a southern icon — and after his death, a national figure.  His success was partially his own,  from his ability to turn his constant troubles, particularly with his wife,  into plaintive songs rendered in simple melody that resonated in the hearts of his country audiences.  Although Williams would mature as a writer in his brief window of fame,  his re-use of old melodies retained a sense of familarity.  He also owed success to his domineering mom, however, who opened her home to his band and who personally sold tickets at early concerts. (His wife Audrey, though she tried to use him for her own ill-conceived musical career, was also a forceful personality who replaced his mother as a manager of sorts after they moved from Montgomery to Shreveport.)

Escott mentions that Williams came along at just the right time when radio was allowing hillbilly music to reach larger audiences, and become of interest to popular   musicians: indeed,  many of Williams’ songs were performed by men on the national stage, like Tony Bennett.  Although Williams’ financial success came from record sales — concerts were hit and miss when he was on a bender — he seemed to think of himself primarily as a songwriter, and was drafting lyrics even on the night his body surrendered to a bad mixture of painkillers and booze. Escott also notes coldly that Williams died at just the right time:  his back pains had only increased as time wore on,  as had the stress of performing on the road, and despite steady record sales his career seemed to be stalling and on the verge of sinking when he perished.  Instead of living to become a forgotten washout, a star that blazed briefly before being eclipsed,  Williams became a tragic figure.

As a history of Hank Williams, this appears to be the definitive work, and pads the detail with humor. (One favorite: Escott comments that if everyone who claims to have been in the car with Hank the night he penned “I Saw the Light” was, he would have needed a touring buss to accompany them. Escott also describes Audrey’s show house as a tribute to what bad taste and good money can accomplish.  Another lady is described as being someone who, if she had been born a canary, would have still sung bass.)

When the wind is right, you’ll hear his song, smell whiskey in the air
Midnight in Montgomery,  Hank’s always singin’ there… 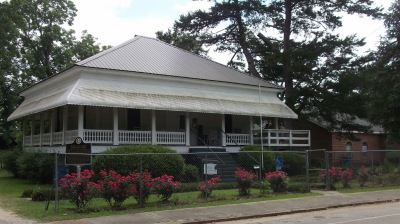 Funny story: The first time I listened to Hank Williams knowingly was after hearing my childhood preacher rail against country music for its sad songs and use of alcohol, using “There’s a Tear in my Beer” as his example. Naturally I had to give it a listen,

Some songs:
“Lovesick Blues”, the song that made his career.
“Lost Highway“, my personal favorite

Related:
Don’t Get Above Your Raisin’: Country Music and the Southern Working Class,  Bill Malone

Citizen, librarian, reader with a boundless wonder for the world and a curiosity about all the beings inside it.
View all posts by smellincoffee →
This entry was posted in Reviews and tagged American South, biography, Montgomery, music. Bookmark the permalink.