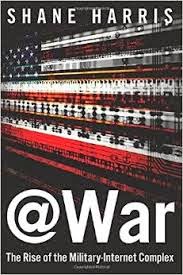 In the 21st century, intelligence and war are no longer the domain of pipe-smoking spooks hiding behind newspapers, and uniformed soldiers on the march. When so much of a nation’s livelihood rides on computer networks – both internal ones, allowing massive systems to be controlled from a central office , or an external connection to the internet at large – protecting those systems from harm is as important today as protecting factories and bridges was for the powers of World War 2.  @ waris a quick review of  new vulnerabilities and opportunities exposed by the digital age, an unsettling account  of power on the rise. Attacking networks offers new means to conventional ends (stealing plans for military technology remotely, for instance), as well as new ends altogether, like using viruses to shut down energy networks or cause financial market crashes.Additionally,  cyber warfare has changed the nature of the powers involved: while few powers would take the risk of sending a strike team into a foreign country to engage in widespread sabotage during times of peace, the ethereal domain of the internet allows for powers within China to continually engage in skullduggery against US companies. The same are also engaging in skullduggery right back, which is another interesting facet. Mention the privatization of war, and paid mercenaries like Blackwater come to mind – but this is warfare of another kind.  Private digital security firms, in fact, are sometimes more feisty than the state’s own, biting back with next-gen tools. Not that the two are necessarily competing; as Edward Snowden revealed, connections between private companies like Google and AT&T and the government are commonplace now. Google works with the NSA to help increase its own security, and telecommunications companies build in backdoors to their machines and software that give the government easy access for listening in. Cyberwar may be a less bloody domain of martial conflict, but the power accretion in the hands of both governments and corporations is no less dreadful.

Citizen, librarian, reader with a boundless wonder for the world and a curiosity about all the beings inside it.
View all posts by smellincoffee →
This entry was posted in General and tagged Cybersecurity, digital world, military, technology, Technology and Society, the Internet. Bookmark the permalink.