Posted on November 8, 2014 by smellincoffee 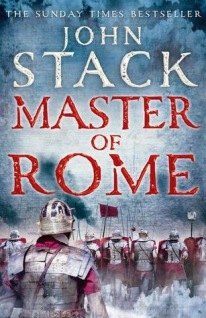 Winning a naval war against the Carthaginians is such a pain in the ol’ gluteus maximus. Invade Africa, threaten their very capital, and what do they do? They break an entire Roman legion with a handful of elephants. Seriously, who uses elephants? Why can’t they just use horses like decent people do? And if losing a legion to some rampaging beasts from hell wasn’t bad enough, a consul of Rome commanding has vanished (either imprisoned or trampled by elephants, maybe both — who knows?) and the fleet sent to rescue him has just had itself ripped and blown and sucked to kingdom come by some freak storm. Okay, maybe it wasn’t such a freak storm — a Greek captain warned them about sailing across the Med in this season — but what do Greeks know? Besides, Rome has a Destiny,  one not to be cowed by storm gods and elephants! (What do you mean, hubris? That’s a Greek word, go away.)

Master of Rome opens with Rome’s pride enduring several setbacks, partially out of rotten luck (seriously, elephants?) and partially out of its own stupidity. These are not happy times for Rome, what with the consuls missing, the fleet smashed, one army eradicated in Africa and another stranded in Sicily. The Carthaginians may be fighting some enemy of theirs in the Africa interior, but they are doing a pretty good job at holding the Romans at bay — and by the throat. And there’s no easy fix. From day one, the Romans have been at a disadvantage fighting the Carthaginians on the sea, seeing as the sons of Phoenicia are second only to Greeks in seamanship. But earlier the Romans, at  Greek captain’s prompting, installed devices on their ships that let Rome bring its advantage on land (the hard-to-break line of legions) to the sea. Those devices seriously diminish Roman ship’s ability to withstand storms at sea, though, and if you have commanders who laugh in the face of thunderclaps, maaaaaybe you don’t want to unbalance your ships. That was the thought of the Roman navy, who refused to sail after seeing the great weakness in action. That means instead of forcing the sea to adopt to them, they must…adopt themselves to the sea. It’s very un-Roman. Fighting man to man, like barbarians? That’s not how enemies of Rome were broken!

Atticus Perennis is the aforementioned Greek captain whose advice is usually on the nose but always resented by Roman politicians who, by right of being born on the Italian peninsula rather than the Greek, are manifestly superior. A cretin named Scipio is particularly resentful,  obsessed with maximizing his own power, and spends the entire book turning Roman misfortunes into a path to power for himself, one he can use to finally rid himself of that rotten Greek who keeps winning battles. So Atticus, stalwart captain and our faithful main character, must contend against a talented Carthaginian general (Hamilcar Barca), a loathsome Roman political lead, and the entire character of Rome itself, with its contempt and mistrust of all things Greek. (Part of that is snobbery, but on the other hand Greek mercenaries do keep setting things on fire and thwarting Roman sieges.)  On top of that his best friend has bailed on him because said buddy’s family is dead against him dating their daughter, best friend’s sister. And Atticus wants to give up, because Rome  isn’t worth all this. Sure, it’s not very hero-like, but he doesn’t know he’s a hero. He’s just a man with a ship, a ship of friends and compatriots who have weathered every storm with him.  In the end fate serves up a few twists and turns that allow him to make peace with his inner demons, and allow Rome to inflict its own kind of peace on the Carthaginians.

Master of Rome ends the Punic War naval trilogy, and on a happy note. It had to end that way, of course: Rome won the Punic Wars, all three of them.  But victory has never been quite certain in this series, nor served in the usual way;in  here, in Master,  what I thought to be the final battle turned out to be yet another wreck for Rome,  Stack is able to fit a lot of plot into a few pages, executing dramatic reverses in close quarters. It makes for exciting reading, especially considering the characters.  The Carthaginian general is Atticus’ foe, but not quite a villain; he’s a proud son of Carthage who views Rome, rather properly, as his enemy. Rome makes for a good enemy, too, being a malevolent and wracked by petty politics even now,  centuries before Caesar and the empire. Beyond the military action, on land and sea, this series has delivered some personal crises as well, as Atticus struggles to resolve why he keeps fighting for a republic that hates him, while at the same time he and his best friend have that Greek-hound-dating-my-sister issue to work out.  It’s been most enjoyable, so much different from what one might expect from Roman books, and I look to read John Stack’s other work, namely Armada.

Citizen, librarian, reader with a boundless wonder for the world and a curiosity about all the beings inside it.
View all posts by smellincoffee →
This entry was posted in Reviews, Uncategorized and tagged historical fiction, John Stack, military, naval, Rome. Bookmark the permalink.

4 Responses to Master of Rome