Of Romans, manly saints, and the beginning of the end

Posted on September 4, 2019 by smellincoffee

I spent much of August crawling through the first volume of Edward Gibbon’s The Decline and Fall of the Roman Empire.  I was very careful, in making my list, that I specified “Volume I”: I  had little interest in trying the several thousand pages of that history and have…sadly…..less interest now.  The problem is not in the writing – Gibbon’s prose deserves its praise – but in the subject.  If someone remotely pleasant or admirable appears, they are quickly dispatched, thrust across the river Styx before the reader has properly made their acquaintance. For the most part the subjects here are rotten specimens of humanity, and I did not enjoy reading about them.   Naturally in this first volume, we don’t get around to Gibbon’s analysis – the condemnation of lead pipes and unmanly religion —   but already an obvious factor appears: the  disappearance of civil government, which was replaced by the armed might of the Praetorian guard. 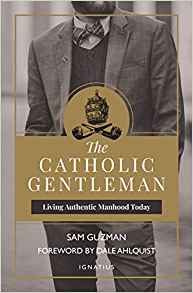 I followed this up with The Catholic Gentleman, which I purchased largely to support the author, Sam Guzman.  I’ve followed Guzman’s blog of the same name with varying regularity over the years, as his topics of interest often intersect my own: virtue, traditional music, and whiskey.   The book is chiefly about the former, however.   As the name suggests, it blends aspects of books on being a gentleman – thoughts about manners and dress —  with Catholic spirituality. There are thus chapters on prayer, on being a servant-leader as a father,  and on combating personal vice – particularly pervasive addictions like pornography.   Guzman provides a fairly well rounded guide to a masculinity inspired by virtue, though obviously it’s going to be mostly of interest to Christians and particularly Catholics.

Given how slowly I crawled through Gibbon, I can’t say I’m particularly excited to try The Histories, which is another great long chronicle of facts, this time knit together with less artful prose.  On the other hand I’m very close to finishing The Federalist Papers – 15  essays away! —  which I’ve been chewing on since  late June.   If you’re keeping score at  home, that means assuming I complete the Final Boss Level of my reading challenge – two enormous Russians back to back —  I’ll be done with the Classics Club come 2020.     But nevermind that, I have to hit Herodotus and the Russians first,  as well as Hugo. It’s going to be an interesting experience,.

Citizen, librarian, reader with a boundless wonder for the world and a curiosity about all the beings inside it.
View all posts by smellincoffee →
This entry was posted in history, Reviews and tagged "classic", Catholicism, history, Of Boys and Men, Rome, survey. Bookmark the permalink.

7 Responses to Of Romans, manly saints, and the beginning of the end