Posted on January 31, 2017 by smellincoffee
I intentionally launched this year off with some fun reading, so we’re off to a good start and there’s more on the way.  Yesterday Amazon held a flash sale for science books, and I picked up a few relatively recent releases for the princely sum of $7.
Read but not reviewed this month have been:

Ask a Science Teacher, a collection of  250 science columns written in response to reader-submitted questions, Many of the initial questions were solicited from schoolrooms, and the book as a whole is targeted to a younger audience — anywhere from late elementary to early high school, I would think. I found it interesting enough, but laced with corny jokes. 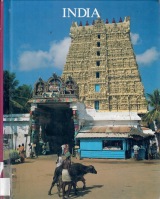 India in the Global Community, P. Paramundi Karan. A brief introduction to India, which I read to grease the rails for a larger and more substantial history. This little book covered geography, politics, industry, religion, culture, diplomacy, etc. all in different chapters. The tone and bounty of photos suggest it was written for younger audiences, like middle school. For whatever reason it was cataloged with my library’s adult nonfiction, though, and I stumbled upon it while shelving books.  While it covers a great deal, it’s all very superficial. The chapter on political history, for instance, mentions the Aryans, then disorder; Asoka, then disorder; the Mughals, then disorder; the Brits, and then Gandhi & Nehru, followed by several wars with Pakistan.

Coming up this week: a review for another science  book read this week, a possible review for a digital enterprise book, Asian history, and more in my developing “good news for the future” theme.  So far I’m including In the City of Bikes, the Big Necessity, On Bicycles, and The Mesh as part of that series.

Also, last night I watched Bladerunner, which I thought would be a Reads to Reels post. As it happened, the movie references were all subtle, like the offworld settlements and the fake owl. The only major plot element was the lead character’s quest to retire some replicants, but one of the best scenes in the book was a no-show.  I didn’t mind the abstinence of Mercerism, though.  I found it an odd movie, presumably one that improves upon repeated viewings.

Citizen, librarian, reader with a boundless wonder for the world and a curiosity about all the beings inside it.
View all posts by smellincoffee →
This entry was posted in Reviews, Uncategorized and tagged 2017 Discovery of Asia, Asia, India, science. Bookmark the permalink.