Posted on January 1, 2016 by smellincoffee

Welcome to the 9th annual year in review, in which I highlight the best of the year’s reading, hopefully without producing a column of text that rivals the Bayeux Tapestry.

Big year for history, obviously. This chart doesn’t include everything, just the major categories. Speculative fiction includes science fiction, alt-history, horror, and (ordinarily) fantasy, but I didn’t include the Narnia books given their size.

1. The Cult of the Presidency, Gene Healy
A history of the presidency’s transformation from administrator to Dear Leader, developing with rapidity after Theodore Roosevelt and Woodrow Wilson. I read this last January for Presidents’ Day, and thought about finishing the review in time for my Independence Day readings, but was fairly sick of politics by that point.

2.The Iron Web, Larken Rose
A wounded cop, a scared teenager, and a rural community of hippies and anarchists debate politics while being besieged by an out-for-blood ATF.

3. The Rebels: A Brotherhood of Outlaw Bikers, Daniel Wolf
A sociological study of a Canadian biker gang.

4.Rise of the Warrior Cop, Radley Balko
A history of police militarization, beginning in the 1970s but gaining steam with the wars on drugs and terror, respectively.  If I could only recommend one book this year, it would be Rise, addressing as it does issues that run deeper than the latest protests over who the police shot.

5.Happy City  Transforming Our Lives through Urban Design, Charles Montgomery
A citizen’s guide on how urban design can create a more fulfilling life — or a more frustrating one.

6. Seven Deadly Sins: A Thomistic Guide to Vanquishing Vice and Sin, Kevin Vost
Sums up Thomas’ Aquinas’ reflections on what  vices do to us, how they quicken in our minds, and how we can overcome them; given Aquinas’ classical background, this is heavy in advice from Stoics like Epictetus, Seneca, and Marcus Aurelius.

7. Pedal to the Medal: The Work Lives of Truckers, Lawrence Ouelett
A sociological study of truck drivers — dated, but right up my ally.

8. Selma 1965, Chuck Fager. A much-lauded and very fair history of the attack by State troopers and a sheriff’s posse on Civil Rights marchers in Selmont, Alabama, written by a student protester on the ground.

9. The Horse in the City,  Clay McShane and Joel Tarr (History)
A history of how horses shaped the urban experience in the equine Golden Age: the 19th century.

10. The Devils’ Alliance: Hitler’s Pact with Stalin,  Roger Moorhouse
A history of -….c’mon, it’s right there in the title.

Next year will see a return to more balanced reading, with some books in science and civic interest already lined up.  My history reading should take me into fresh territory, specifically into Asia and the middle east. There will a good string of vintage literature,  I suspect, given my participation in the Classics Club, and the fact that a friend of mine wants to do a buzz-through of the Harvard Classics.  Given (or despite) the fact that near year is an election year, there will probably be a couple of relevant books. Not campaign pulp, mind you, but more interesting things like Ralph Nader’s Unstoppable: The Left-Right Alliance to Dismantle the Corporate State.   Two potential series are “The Digital World” and “Good Cop, Bad Cop”. 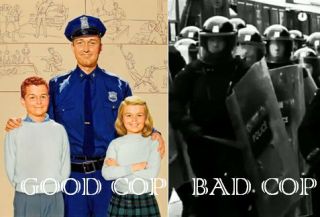 The Cult of the Presidency, Happy City, and The Once and Future King all deserve reviews, and have nearly-complete drafts. Perhaps I should resolve to give books I’ve missed reviewing their just deserts.

Citizen, librarian, reader with a boundless wonder for the world and a curiosity about all the beings inside it.
View all posts by smellincoffee →
This entry was posted in General and tagged Annual Wrapup, review. Bookmark the permalink.