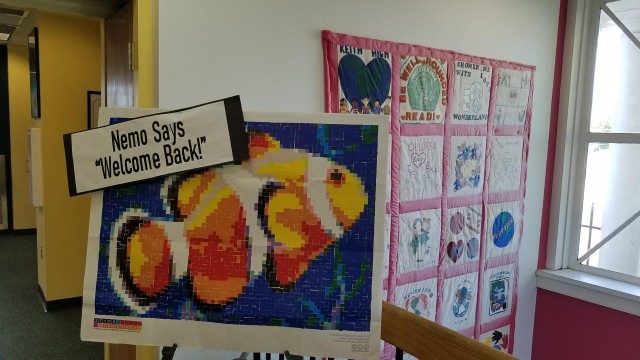 Things have been loosening up in Alabama in the last week,  though it’s not a return to life pre-pandemicmonium.  Right now we’re in a frustrating transition space, where stores are  getting increased demand at much-reduced capacity.   Nonprofits and the like continue to be closed;    one downtown church has already announced that services will continue to be suspended until at least June 7th.  The library, however, is opening the doors —  ever so slightly.

Weeks ago we began planning for what a partial reopening might look like, and our approach for the next two weeks starting Monday will be to have a split day. From 9-12, we’ll admit people into the building,  though no more than 25. All will pass through a gauntlet — first having their temperature taken, then being led to a sanitation station assuming they pass the first test.  Masks will be required, and I mentioned the equipment changes in the last update.  At noon,  the library will close to the public and switch to curbside service once again.   It’s going to be an interesting challenge, I’m sure.  Today was our first day, and we had some takers — not as many as we expected, but I imagine it will ramp up every day as the word spreads.  We’re hoping to push the open hours up week by week,  keeping a careful eye on the case numbers at our hospital.

My reading this week has been divided between three science and nature books,  one of which is done and the others of which I’m making good progress on. There’s also another WW1 aviation novel which has been my leisure reading.   I’ve not been reading on the weekends because I’ve been hiking and nature-gawping. 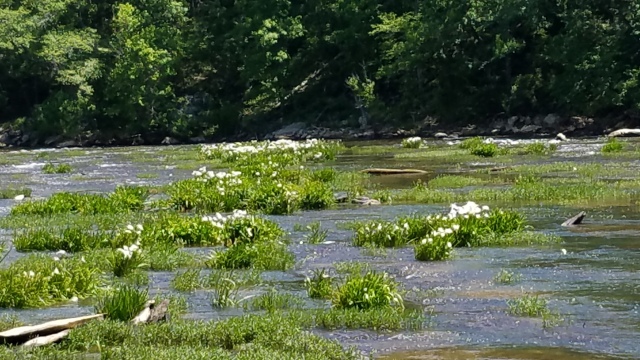 One of the lily stands

And a few weeks ago, I happened to spot an outbreak of wonderful blooms near a wetland I pass fairly frequently. I think they’re Louisiana iris. 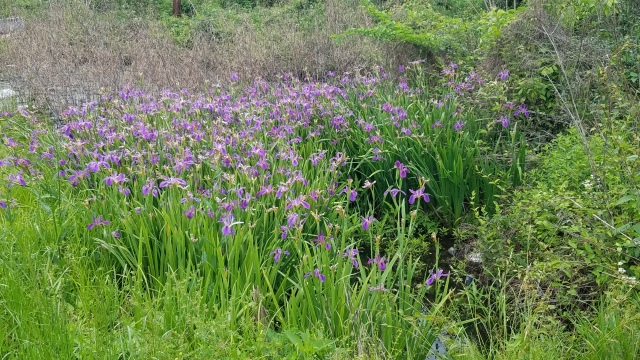 They lasted about a week.     I’m planning on investigating another splash of color nearby.

Citizen, librarian, reader with a boundless wonder for the world and a curiosity about all the beings inside it.
View all posts by smellincoffee →
This entry was posted in General and tagged COVID Diaries. Bookmark the permalink.

5 Responses to Corona #7…and Flowers