Columbus was a lucky devil

The great American eclipse has come and passed, and in my neck of the woods it was scarcely noticable. According to a website, we were to have achieved 88% obscurity, which sounded like “dusk” to me. The only noticable effect was a tint to the light — not necessarily even a dimming, just a tint as if part of the light was being filtered out. 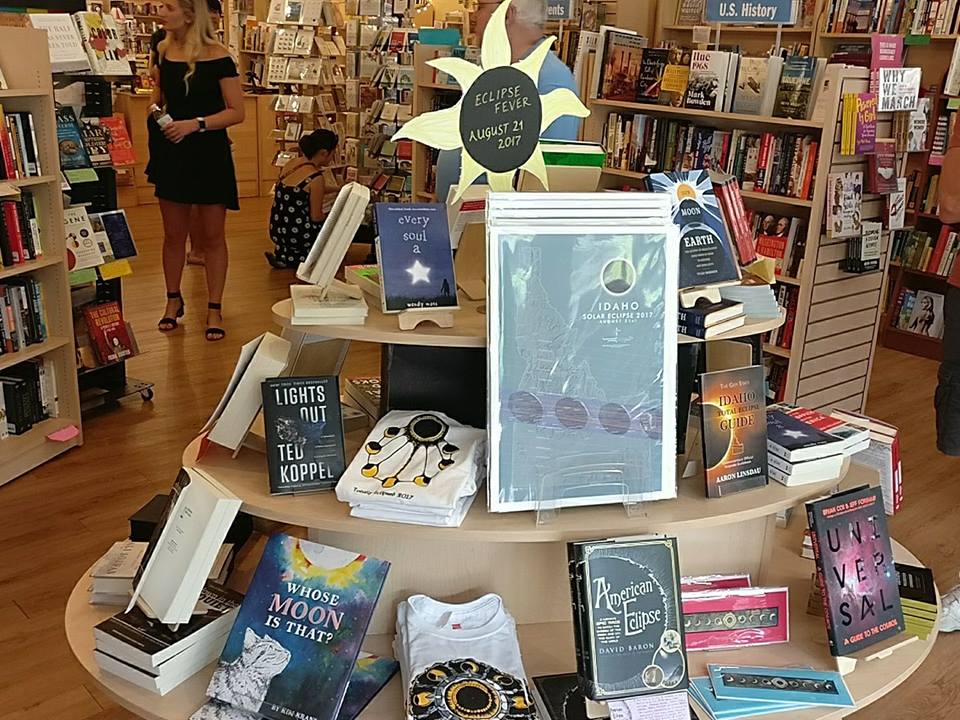 This image from Wikipedia is of a bookstore doing science outreach using interest in the eclipse. We tried to do the same at the library. Unfortunately, I couldn’t use Storms from the Sun, it being checked out. That volume came to mind because in it, the author recounts the story of Columbus being accosted by the people of Hispanolia, who were tired of feeding him. He threatened to take away the sun, knowing an eclipse was expected within days, and used the eclipse to continue their support.  I say he was a lucky devil because being at the right latitude is particularly important:  although we were only 200~ miles away from totality, we experienced virtually nothing. Had the sun merely dimmed for Columbus as he did here, he would have never returned. But of course, Fortuna smiled on him in general — how else to explain his stumbling upon new continents when he had so badly misjudged the size of the Earth?

Citizen, librarian, reader with a boundless wonder for the world and a curiosity about all the beings inside it.
View all posts by smellincoffee →
This entry was posted in General. Bookmark the permalink.

5 Responses to Columbus was a lucky devil