Posted on December 21, 2016 by smellincoffee

Back in January I drew up a short list of five titles in early Islamic history, one which unexpectedly flared into a broader series on the middle east in general — and one with a strong Persian/Iranian bent.

The original titles were:

My interest in this area, and especially Iran given its Designated Enemy status in D.C, hasn’t abated in the slightest, and more books are on order.  Now comes competition, though! Having traveled to the outskirts of China and India with Lost Enlightenment, I hope in 2017 to gaze inside them — via books, anyway.  Full details will follow a little closer to the New Year. 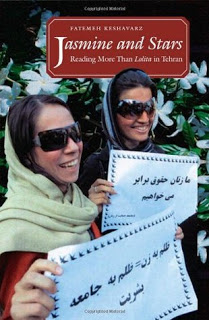 In the spirit of year-end reviews, let’s pick a few favorite.

All the Shah’s Men: An American Coup and the Roots of Middle East Terror, Stephen Kinzer. A lively history of a night in 1953, when American and British forces reinstalled an ousted monarch and smothered Iranian democracy.

Iran and the United States: An Insider’s View, Seyyed Hossein Mousavian.   A history of the lost Iranian-American relationship, from the Iranian view.

Crescent and Star: Turkey Between Two Worlds, Stephen Kinzer.  An optimistic look at Turkey as it stands between democracy and paternalism, between west and east.  I read this right before the failed ‘military coup’ that smells like the Reichstag fire these days.

A review is pending for Inside the Kingdom, a history of modern Saudi Arabia by Robert Lacey.

The above book is Jasmine and Stars: Reading More than Lolita in Tehran,  which mourned the fact that most memoirs westerners read about the middle east focus on negative aspects and reduce the people to masses who must be ‘helped’;  in rebuttal she tells readers about  the extraordinary and complicated lives of people in her Iran, and uses other Persian literature to explore the same.

Citizen, librarian, reader with a boundless wonder for the world and a curiosity about all the beings inside it.
View all posts by smellincoffee →
This entry was posted in Reviews and tagged Middle East, week in review. Bookmark the permalink.